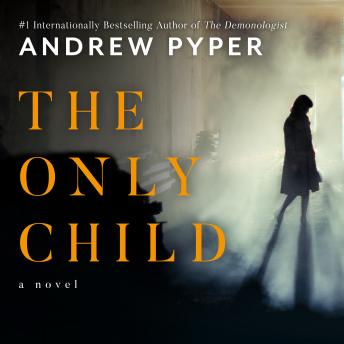 As a forensic psychiatrist at New York's leading institution of its kind, Dr. Lily Dominick has evaluated the mental states of some of the country's most dangerous psychotics. But the strangely compelling client she interviewed today-a man with no name, accused of the most twisted crime-struck her as somehow different from the others, despite the two impossible claims he made.

First, that he is more than two hundred years old and personally inspired Mary Shelley, Robert Louis Stevenson, and Bram Stoker in creating the three novels of the nineteenth century that define the monstrous in the modern imagination. Second, that he's Lily's father. To discover the truth-behind her client, her mother's death, herself-Dr. Dominick must embark on a journey that will threaten her career, her sanity, and ultimately her life.

Fusing the page-turning tension of a first-rate thriller with a provocative take on where thrillers come from, The Only Child will keep you up until its last unforgettable revelation.