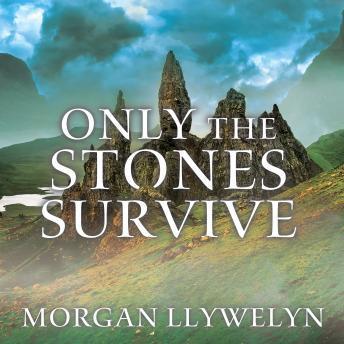 Only the Stones Survive

For centuries the Túatha De Danann lived in peace on an island where time flowed more slowly and the seasons were gentle-until that peace was shattered by the arrival of invaders. The Gaels, the Children of Milesios, came looking for easy riches and conquest, following the story of an island to the west where their every desire could be granted. They had not anticipated that it would already be home to others, and against the advice of their druids, they begin to exterminate the Túatha De Danann.

After a happy and innocent childhood, Joss was on the cusp of becoming a man when the Gaels slaughtered the kings and queens of the Túatha De Danann. Left without a mother and father, he must find a way to unite what is left of his people and lead them into hiding. But even broken and scattered, Joss and his people are not without strange powers.