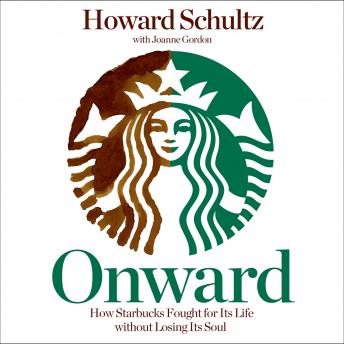 Onward: How Starbucks Fought for Its Life Without Losing Its Soul

In 2008, Howard Schultz, the president and chairman of Starbucks, made the unprecedented decision to return as CEO eight years after he stepped down from daily oversight of the company to become chairman. Concerned that Starbucks had lost its way, Schultz was determined to help it return to its core values and restore not only its financial health, but also its soul. In Onward, he shares the remarkable story of the company's ongoing transformation under his leadership revealing how, during one of the most tumultuous economic times in history, Starbucks again achieved profitability and sustainability without sacrificing humanity. A compelling, candid narrative documenting the maturing of a brand as well as a businessman, Onward represents Schultz's central leadership philosophy: It's not just about winning, but the right way to win.

Onward: How Starbucks Fought for Its Life Without Losing Its Soul