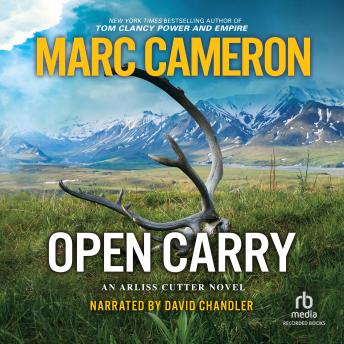 Law enforcement veteran Marc Cameron brings an explosive authenticity to this powerful new U.S. Marshal series. Arliss Cutter is a hero for our times. And his hunt for justice cuts straight to the bone. . . . U.S. Marshal Arliss Cutter is a born tracker. Raised in the swamplands of Florida, he honed his skills in the military, fought in the Middle East, and worked three field positions for Marshal Services. When it comes to tracking someone down-or taking someone out-Cutter's the best. But his newest assignment is taking him out of his comfort zone to southeast Alaska. Cold, dark, uninhabited forests that are often shrouded in fog. And it's the kind of case that makes his blood run cold . . . the shocking murder of a Tlingit Indian girl. Three people have disappeared on Prince of Wales Island. Two are crew members of the reality TV show, Fishwives. Cutter's job is to find the bodies, examine the crew's footage for clues, and track down the men who killed them. Easier said than done. Especially when the whole town is hiding secrets, every trail is a dead end-and the hunter becomes the hunted. . . .