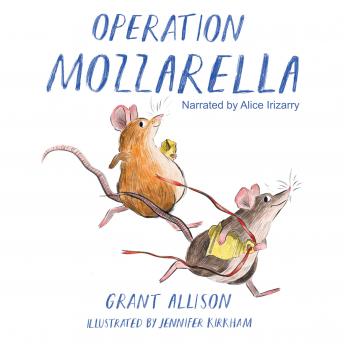 "For anyone who's ever had cheese in their slipper"

Join Pipsqueak and Cheesepuff, two clever mice, on a hilarious ride! Read along as they outsmart two stubborn boys intent on making them pets and an overweight tabby cat who dreams of catching them for dinner.

Part detectives, part spies, part wiley mice, Pipsqueak and Cheesepuff will take you on an adventure as they plan and carry out Operation Mozzarella!