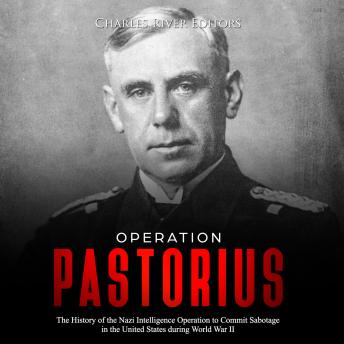 Operation Pastorius: The History of the Nazi Intelligence Operation to Commit Sabotage in the United States during World War II

Four days after the attack on Pearl Harbor, Hitler declared war on America, almost casually and without seeming to consider the consequences. There was no diplomatic necessity for him to have done this and no obvious strategic reason. Germany’s military successes were so complete at that point that Hitler seemed to believe declaring war on one more country was a trifling matter.

In some ways, he was right, because in December 1941, the US Army was tiny and poorly equipped. In September 1939, the German army invading Poland comprised 100 infantry divisions and six panzer divisions. At that time, the whole US Army was comprised of just five divisions. Even two years later, the US Army was relatively small and ill-equipped. It was clear that, in strictly military terms, the United States was no threat to Nazi Germany when Hitler declared war in late 1941.

However, American industry had the capacity and power ahead of virtually any other country in the world, so if America posed a threat to Germany, it would be through its capacity to produce weapons, tanks, aircraft, and ships in vast numbers. At the same time, America was simply too far from any German-controlled airbases to make strategic bombing a possibility. Thus, if a direct attack on American industry was not feasible, the best alternative was to mount a campaign of subterfuge and sabotage.

The responsibility for mounting an attack on American industry was given to the German military secret intelligence service, the Abwehr, which devised a plan to land saboteurs in America to attack factories, railroads, and perhaps conduct a random bombing campaign against American civilians. The Nazi plan was given the codename of Operation Pastorius, and it was launched in June 1942, just six months after Germany had declared war on America. What followed was one of World War II’s most bizarre spy stories.