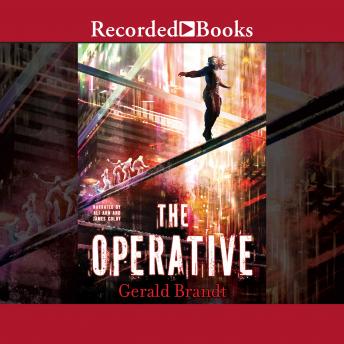 Second in a trilogy, this far-future science fiction is set in Los Angeles-action adventure with a cyberpunk tone. Kris Ballard's life changed irrevocably when, a year ago, she was targeted for termination by the Meridian corporation, one of the mega-conglomerates that controls the government in this dystopian future. She hid amongst the underground resistance-but now, right as her training with the anti-corporate movement is nearing its end, their compound is destroyed. Ready or not, Kris and the other trainees are recalled to the dangerous metropolis of San Angeles. But their transport is shot down and Ian Miller, the man she loves, is captured. Someone, it seems, is using him to get to Kris. With the help of a retired operative with PTSD, and the mysterious man who fled the scene when Kris's parents were killed, Kris searches for any sign of Ian. As the corporations battle civil unrest-and each other-the city slowly shuts down. Kris is running out of time.