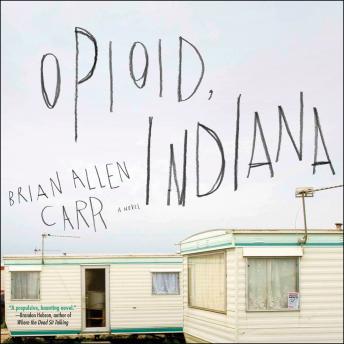 During a week-long suspension from school, a teenage transplant to impoverished rural Indiana searches for a job, the whereabouts of his vanished drug-addicted guardian, and meaning in the America of the Trump years.

Seventeen-year-old Riggle is living in rural Indiana with his uncle and uncle's girlfriend after the death of both of his parents. Now his uncle has gone missing, probably on a drug binge. It's Monday, and $800 in rent is due Friday. Riggle, who's been suspended from school, has to either find his uncle or get the money together himself. His mission exposes him to a motley group of Opioid locals-encounters by turns perplexing, harrowing, and heartening. Meanwhile, Riggle marks each day by remembering the mythology his late mother invented for him about how the days got their names.

With amazing directness and insight, Carr explores what it's like to be a high school kid in in the age of Trump, a time of economic inequality, addiction, confederate flags, and mass shootings. A work of empathy and insight, Opioid, Indiana pierces to the heart of our moment through an unforgettable protagonist.

Good read about opioids effect on every rural community, not just Indiana’s. Great character development and narrator too. Not just depressing either!