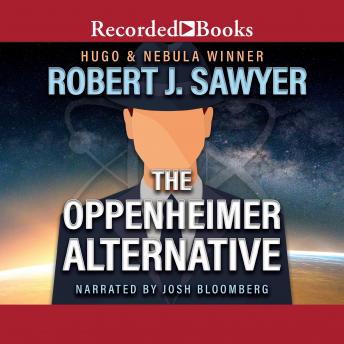 Writing with "a sense of wonder that hasn't prevailed since the days of Heinlein" (Books in Canada), bestnovel Hugo and Nebula Award winner Robert J. Sawyer brings you "a truly science-fictional work of alternate history" (S.M. Stirling). While J. Robert Oppenheimer and his Manhattan Project team struggle to develop the A-bomb, Edward Teller wants something even more devastating: a weapon based on nuclear fusion-the mechanism that powers the sun. But Teller's research leads to a terrifying discovery: by the year 2030, the sun will eject its outermost layer, destroying the entire inner solar system-including Earth. After the war ends, Oppenheimer's physicists combine forces with Albert Einstein, computing pioneer John von Neumann, and rocket designer Wernher von Braun-the greatest scientific geniuses from the last century racing against time to save our future. Meticulously researched and replete with real-life characters and events, The Oppenheimer Alternative is a breathtaking adventure through both real and alternate history.