The Oracle of Stamboul: A Novel 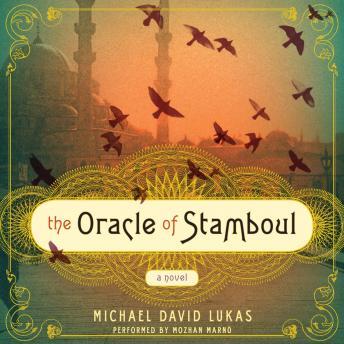 Set in the heart of the exotic Ottoman Empire during the first years of its chaotic decline, Michael David Lukas’ elegantly crafted, utterly enchanting debut novel follows a gifted young girl who dares to charm a sultan—and change the course of history, for the empire and the world. An enthralling literary adventure, perfect for readers entranced by the mixture of historical fiction and magical realism in Philip Pullman’s The Golden Compass, Orhan Pamuk’s My Name is Red, or Gabriel García Márquez’s One Hundred Years of Solitude, Lukas’ evocative tale of prophesy, intrigue, and courage unfolds with the subtlety of a Turkish mosaic and the powerful majesty of an epic for the ages.

Oracle of Stamboul: A Novel