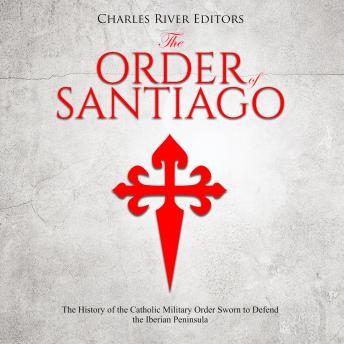 The Order of Santiago: The History of the Catholic Military Order Sworn to Defend the Iberian Peninsula

The Order of Santiago appeared shortly after the First Crusade and rose to prominence in the early 12th century. While its members did not often travel to Jerusalem like their counterparts, the order did play a massive role in the Reconquista and would influence the development of several Iberian kingdoms, helping to establish modern Spain and Portugal. Given the different location and the unique culture in which it developed, the Order of Santiago obeyed far different rules than the Knights Templar and Knights Hospitaller, emphasizing the importance of blood purity, nobility, and adherence to a strict system of patronage and independent wealth unheard of in other orders.
How such a system developed can be traced straight back to the Reconquista and the bad blood between Christians and Muslims during the High Middle Ages. In essence, the Order of Santiago stood out from other religious knighthoods of its time because of its lack of participation in the Crusades, the ethnic and religious tensions in Iberia, and the unique code of honor upheld by Iberian nobles.
Although the Order of Santiago continues to exist in the present day, its heyday came during the Reconquista of the Iberian Peninsula, when the Christian kingdoms worked together to remove Islamic caliphates from power. Over time, the mission evolved to mean removing any and all Muslims from the peninsula, spurred on by the first rulers of a unified Spain: Ferdinand II of Aragorn and Isabella I of Castile.

Order of Santiago: The History of the Catholic Military Order Sworn to Defend the Iberian Peninsula