Organizing From the Inside Out 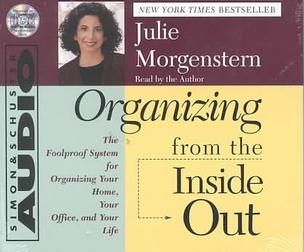 Hundreds of thousands of people have broken through the clutter and streamlined their lives with Julie Morgenstern's proven techniques. There's no magic, no mystery. Getting organized is a skill that anyone can learn. The beauty of Julie's system, honed during her many years as a professional organizer, is that it enables you to design a unique organizing plan based on your individual goals, natural habits, and psychological needs -- a plan that will work with your personality rather than against it. Let Julie Morgenstern set you free to live the life you dream about.

Organizing From the Inside Out

This title is due for release on October 1, 2000
We'll send you an email as soon as it is available!