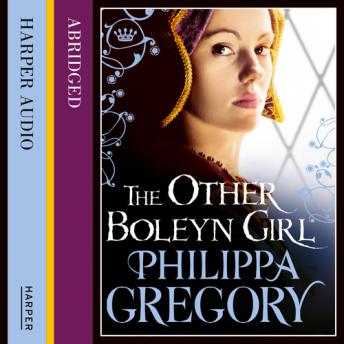 The Other Boleyn Girl

Fabulous historical by Philippa Gregory, the queen of Tudor novels. Set in the court of King Henry VIII, Mary Boleyn attracts the attention of the young king and becomes his mistress; when he tires of her, she sets out to school her sister, Anne, as a replacement.


When Henry VIII tires of pretty young Mary Boleyn, her powerful family instructs her to promote her sister, Anne, as a replacement. But Anne Boleyn, newly returned from the French court, intelligent and spirited, doesn’t agree to be Henry’s mistress – only his wife. PItting the king’s desperation for an heir against his powerful advisors – Wolsey, Cromwell and Dukes of Norfolk and Suffolk – what Anne brings about will change the course of a country’s history.


Told with all of Philippa Gregory’s characteristic perceptiveness, backed by meticulous historical research and superb storytelling skills, The Other Boleyn Girl brings a legendary court, its politics, personalities and scheming vividly to life.