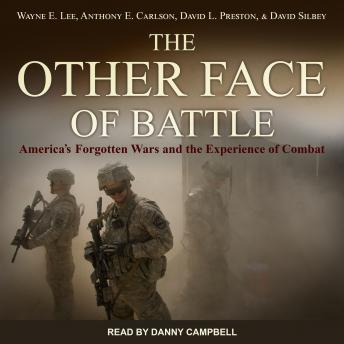 The Other Face of Battle: America's Forgotten Wars and the Experience of Combat

Taking its title from The Face of Battle, John Keegan's canonical book on the nature of warfare, The Other Face of Battle, illuminates the American experience of fighting in 'irregular' and 'intercultural' wars over the centuries. Sometimes known as 'forgotten' wars, in part because they lacked triumphant clarity, they are the focus of the book. David Preston, David Silbey, and Anthony Carlson focus on, respectively, the Battle of Monongahela (1755), the Battle of Manila (1898), and the Battle of Makuan, Afghanistan (2020)-conflicts in which American soldiers were forced to engage in 'irregular' warfare, confronting an enemy entirely alien to them. This enemy rejected the Western conventions of warfare and defined success and failure-victory and defeat-in entirely different ways.

War is always hell. These wars, however, profoundly undermined any sense of purpose or proportion. Nightmarish and existentially bewildering, they nonetheless characterize how Americans have experienced combat and what its effects have been. They are therefore worth comparing for what they hold in common as well as what they reveal about our attitude toward war itself. The Other Face of Battle reminds us that 'irregular' or 'asymmetrical' warfare is now not the exception but the rule. Understanding its roots seems more crucial than ever.

Other Face of Battle: America's Forgotten Wars and the Experience of Combat