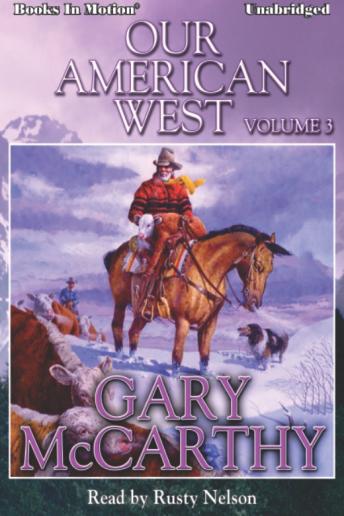 Our American West, Volume 3 is filled with western frontier stories you'll find entertaining. The Roadrunner - Our Sagebrush Clowns reflects on the speedy and often comical bird of our southwestern deserts. Wild and wicked Calamity Jane lived up to her reputation as the West's most infamous outlaw woman. "The Donner Party - Frozen Horror" describes the horror that led to cannibalism. The 49er Gold Rush ruined the lives of two ambitious and well-intentioned men, John Augustus Sutter and John Marshal and then the Big Bonanza took place under Nevada's mighty Sun Mountain. Cynthia Ann Parker watched Comanche slaughter her family and was taken captive; thus became so loyal to her new culture that she did not want to return to the white culture. Was John Wesley Hardin the most dangerous gunman on the western Frontier? Geronimo was a great Apache chief who sought vengeance and not without good reason while the People of the Shining Mountains wanted only peace and to remain in their hunting grounds. Camels - A Really Bad Experiment will make you laugh as the cowboys try to introduce the camel into the West.