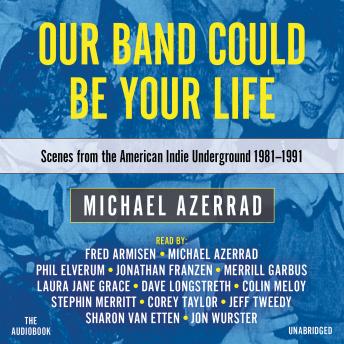 Our Band Could Be Your Life: Scenes from the American Indie Underground, 1981-1991

The definitive chronicle of underground music in the 1980s tells the stories of Black Flag, Sonic Youth, The Replacements, and other seminal bands whose DIY revolution changed American music forever.
Our Band Could Be Your Life is the never-before-told story of the musical revolution that happened right under the nose of the Reagan Eighties -- when a small but sprawling network of bands, labels, fanzines, radio stations, and other subversives re-energized American rock with punk's do-it-yourself credo and created music that was deeply personal, often brilliant, always challenging, and immensely influential. This sweeping chronicle of music, politics, drugs, fear, loathing, and faith is an indie rock classic in its own right.
The bands profiled include:

Our Band Could Be Your Life: Scenes from the American Indie Underground, 1981-1991