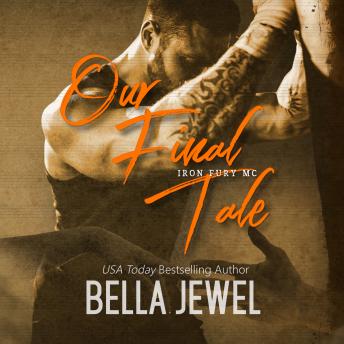 SLATERFor over a decade I searched for her. She disappeared a long time ago, but I never gave up. The hope of seeing her again was the only thing that kept me holding on for so long, clutching onto the small chance that she might know who I am when I found her again-if I found her again. It was always a big if. But I wasn't going to rest until I got an answer. Alive or dead, I would find her. I needed to know what happened to the girl who took my heart when we were young and kept it for well over a decade, who owns every single piece of who I am. Nobody else has ever come close.And now I've found her, and she's lookin' at me like she doesn't know who I am-like I wasn't her first kiss, her first boyfriend, her first love, her first heartbreak, the man who took her innocence, the man who destroyed her and caused her to run, the man who spent ten years trying to find her because of one pathetic, pitiful mistake. I ruined her, and now she has no idea who I am-not a single damned clue.ELLIEI don't know who he is, and yet something about him seems strangely familiar.I know nothing of who I am. All my memories are like hazy nightmares. I don't know which ones are real and which ones are fake. I don't even know my own name. I don't know anything about my past. I only know that for the last ten years, I've been Raven-only that isn't my real name.But that's what he called me-the monster who owned me, the monster disguised as a saint, a monster I finally escaped.And now there's him-Slater, a man who claims to have spent the last decade searching for me, his Ellie. He claims I'm the love of his life. He's desperate for me to remember him. But I don't-even though when I look into his eyes, I feel strangely at home, like he's the missing piece of who I am. But can I trust him? Can I trust the man who claims to love me and yet is telling me he's the reason for my hell? Who is telling me that he's the one who destroyed me? Is he a bigger monster than the one I just escaped from?