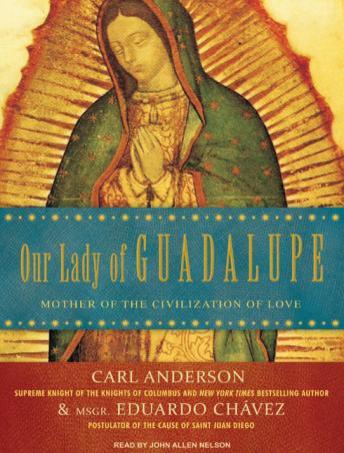 Our Lady of Guadalupe: Mother of the Civilization of Love

Nearly a decade after Spain's conquest of Mexico, the future of Christianity on the American continent was very much in doubt. Confronted with a hostile colonial government and Native Americans wary of conversion, the newly-appointed bishop-elect of Mexico wrote to tell the King of Spain that, unless there was a miracle, the continent would be lost. Between December 9 and December 12, 1531, that miracle happened, and it forever changed the future of the continent.

It was then that the Virgin Mary famously appeared to a Native American Christian convert on a hilltop outside of what is now Mexico City. The image she left imprinted on his cloak, or tilma, has puzzled scientists for centuries, and yet Our Lady of Guadalupe's place in history is profound. A continent that just months before the apparitions seemed completely lost to Christianity suddenly and inexplicably embraced it by the millions. Our Lady of Guadalupe's message of love replaced the institutionalized violence of the Aztec culture and built a bridge between two worlds-the old and the new-that were just ten years earlier engaged in brutal warfare.

Today, Our Lady of Guadalupe continues to inspire the devotion of millions. From Canada to Argentina-and even beyond the Americas-one finds great devotion to her and great appreciation for her message of love, unity, and hope. Today reproductions of the Virgin's miraculous image can be seen throughout North and South America, in churches and homes, on billboards, and even on clothing. Her shrine in Mexico City, where the miraculous image is housed to this day, is one of the most visited in the world.

In Our Lady of Guadalupe: Mother of the Civilization of Love, Carl Anderson and Eduardo Chávez trace the history of Our Lady of Guadalupe from the sixteenth century to the present and discuss how her message was and continues to be an important catalyst for religious and cultural transformation. Looking at Our Lady of Guadalupe as a model of the Church and Juan Diego as a model for all Christians who seek to answer Christ's call of conversion and witness, the authors explore the changing face of the Catholic Church in North, Central, and South America, and they show not only how Our Lady of Guadalupe's message was historically significant but also how it speaks to contemporary issues confronting the American continents and people today.

Our Lady of Guadalupe: Mother of the Civilization of Love