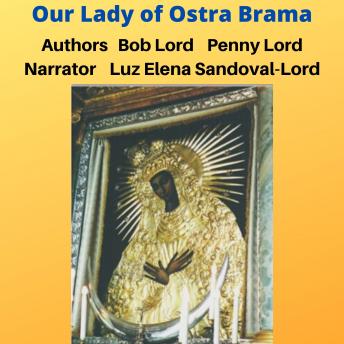 Our Lady of Ostra Brama

The tradition of the image of Our Lady of the Gate goes way back, to before the time it was placed in the Chapel above the gate. There are legends supporting, it came to Lithuania by way of Poland in the late Fourteenth Century, when a Polish princess married into a royal Lithuanian family. Her name was Jadwiga. Tradition tells that she was the first one to introduce Roman Catholic practices into what was then primarily an Orthodox country. The Lithuanians welcomed the great love that was projected by the princess for the Mother of God. Veneration to the image was accepted almost immediately.

A great wall was built around the city of Vilnius to defend her from her enemies, of which there were many over the centuries. Above each of its nine gates, providing access to the city, an image of Our Lady was placed. Above the Eastern Gate was placed the image of Our Lady of the Dawn.

Our Lady of Ostra Brama

This title is due for release on June 26, 2020
We'll send you an email as soon as it is available!