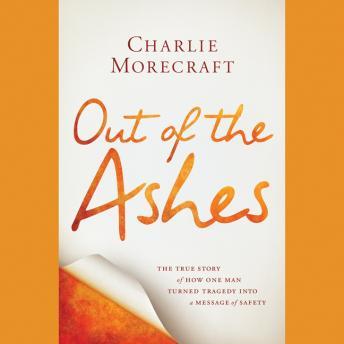 Out of the Ashes: The True Story of How One Man Turned Tragedy into a Message of Safety

In this inspiring and important memoir, a repairman turned safety expert shares his wisdom on tackling simple—and dangerous—jobs in the safest ways possible.

Accidents happen, but they're usually the result of human carelessness. Charlie Morecraft found that out one August night years ago, when he literally blew himself up. A long time worker at an Exxon refinery in New Jersey, Morecraft was rushing to leave for vacation and too macho to bother following standard safety procedures when performing a late night repair job. The result? Burns covering 50 percent of his body, months upon months of hospitalization and rehab, dozens of surgeries, and emotional suffering that outdid the indescribable physical pain. Ultimately, Morecraft emerged from that inferno -- as damaging to his family as to himself -- to become a sought-after safety expert whose clients number more than 5,000 companies worldwide. Now, in Out of the Ashes, Morecraft presents a wake-up call and a plan of action for anyone who's not in the habit of taking safety seriously. Morecraft's inspiring story has already helped thousands to put on their helmets, their safety goggles, and use their common sense before tackling any job or potentially dangerous activity.