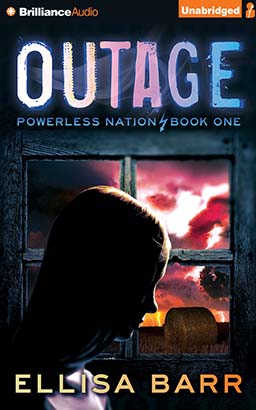 When fifteen-year-old Dee is left at her grandpa’s farm in rural Washington, she thinks her life is over. She may be right.

An electromagnetic-pulse attack has destroyed the country’s power grid, sending the United States back to the Dark Ages. Now Dee and Grandpa must face a world without electricity and clean water—let alone cell phones and the Internet—as well as the chaos brought on by this sudden catastrophe. Soon their town begins to collapse as disease and lawlessness run rampant. With handsome, troubled Mason and friendly boy-next-door Hyrum at her side, Dee fights to survive and deals with a new, undeniable attraction at the same time.

Meanwhile, a corrupt, power-crazed sheriff is administering a terrifying brutality and preying on the sick and the well supplied. When he sets his sights on Grandpa’s farm, can Dee put her feelings aside to save her home—and take back the power she’d feared was forever lost?