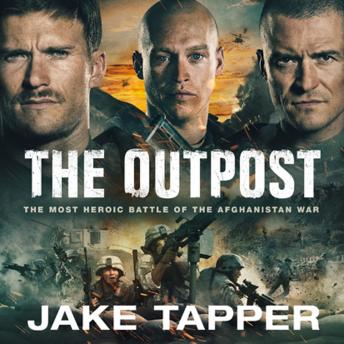 The Outpost: The Most Heroic Battle of the Afghanistan War


The heartbreaking and inspiring story of one of the deadliest battles of the Afghanistan war, acclaimed by critics as a classic.


‘A mind-boggling, all-too-true story of heroism, hubris, failed strategy, and heartbreaking sacrifice’ Jon Krakauer, author of Into the Wild

At 5:58 AM on October 3rd, 2009, Combat Outpost Keating, located in frighteningly vulnerable terrain in Afghanistan just 14 miles from the Pakistani border, was viciously attacked. Though the 53 soldiers stationed there prevailed against nearly 400 Taliban fighters, their casualties made it the deadliest fight of the war that year. Four months after the battle, a review revealed that there was no reason for the troops at Keating to have been there in the first place.


In The Outpost, Jake Tapper gives us the powerful saga of COP Keating, from its establishment to eventual destruction, introducing us to an unforgettable cast of soldiers and their families. This modern classic of military history is an indictment of the management of the war in Afghanistan, and a thrilling tale of true courage in the face of impossible odds.