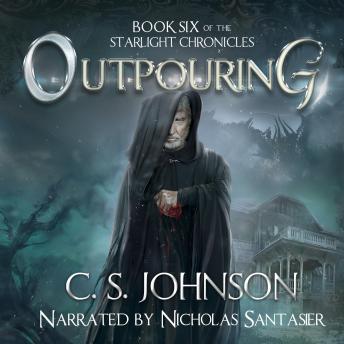 A shaky resolution. A sacrifice that overwhelms. A battle beyond realms.
The end is approaching for Hamilton Dinger and his friends.

As the forces of darkness in Apollo City gain power, Hamilton finds himself on trial as the media, the law, and even his friends seem to have turned on him. The souls of the city—and the world—are on the line as the long-fought war against Alküzor, Draco, and the Seven Deadly Sinisters comes to a crux with SWORD, Wingdinger, and the forces of Adonaias.

With Elysian and Starry Knight by his side, Hamilton must face the harder truths and complicated answers found only in the challenges of life and the surprising power of love.

But can his heart survive such an outpouring?


WHAT REVIEWERS ARE SAYING:

This book tugged at all emotions. I am not ashamed to admit that I cried! This is the best book of the series yet! ~ Krissy, Goodreads Reviewer

This title is due for release on August 24, 2017
We'll send you an email as soon as it is available!