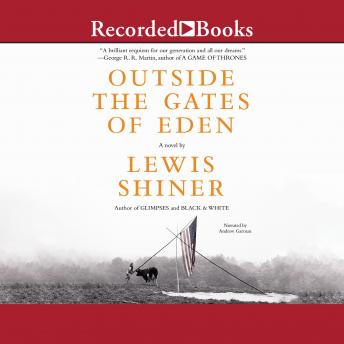 Outside the Gates of Eden

'Outside the Gates of Eden is a powerful piece of work. Shiner writes about music, and the making of music, better than anyone I know. He gets across the tremendous excitement of the early days of rock and roll, the peace movement, Woodstock and the Summer of Love-but also the heartbreak of failure, betrayal, and loss. The prose is terrific, and the sense of time and place is first rate. A brilliant requiem for our generation and all our dreams.' -George R. R. Martin, author of A Game of Thrones What happened to the idealism of the 1960s? This question has haunted a generation. Outside the Gates of Eden follows two men from their first meeting in high school to their final destination in the twenty-first century. Alex is torn between his father's business empire and his own artistic yearnings. Cole finds his calling at a Bob Dylan concert in 1965. From the Summer of Love in San Francisco to Woodstock, from campus protests to the SoHo loft scene, from a commune in Virginia to the outlaw country music of Austin, the novel charts the rise and fall of the counterculture-and what came after. Using the music business as a window into half a century, Outside the Gates of Eden is both epic and intimate, starkly realistic and ultimately hopeful, a War and Peace for the Woodstock generation.

Outside the Gates of Eden