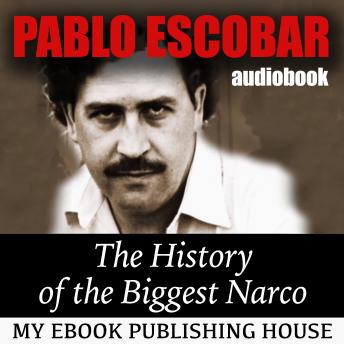 Pablo Escobar: The History of the Biggest Narco

Murderer, philanthropist, drug dealer, politician, devil, saint: many words have been used to describe Pablo Escobar, but one is irrefutable - legend. For the poor of Colombia, he was their Robin Hood, a man whose greatness lay not in his crimes, but in his charity; for the Colombian rich he was just a bloodthirsty gangster, a Bogie Man used to scare children in their beds; for the rest of the world flush with his imported cocaine, he was public enemy number one.

When talking about Colombia, there is usually one thing that instantly comes to mind "cocaine. While this stereotype is not completely true, it is difficult not to associate the country with drugs. Naturally, the name Pablo Escobar will come up when reading about the emergence of the drug industry in the country. Escobar and his Medellin cartel once led the drug trade in Colombia, trafficking around 80% of the world's cocaine supply. During his period of influence, Escobar amassed an estimated net worth of $25 billion.

Here Is A Preview Of What You'll Learn...

Escobar and his Rise to Power

The End of Escobar

Pablo Escobar: The History of the Biggest Narco

This title is due for release on May 8, 2017
We'll send you an email as soon as it is available!