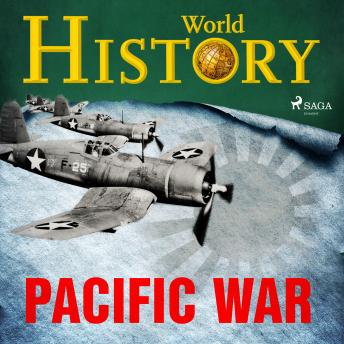 #20 of The Turning Points of History

On the morning of Sunday 7th December, 1941, 183 Japanese aircraft fly across the quiet American naval base of Pearl Harbor. After a few minutes, oil stocks and airfields are in flames, and several of the United States’ largest battleships are heading towards the bottom of the harbour. The aim of the Japanese surprise attack is to hobble the United States once and for all, giving the empire a free hand to continue its conquests in Asia. But the assault has the opposite effect. As the shock subsides, Americans swear revenge and begin to methodically bring the mighty nation to its knees. Weapons factories spit out Hellcat and Dauntless planes, and in California, the yards launch one huge aircraft carrier after another. By the autumn of 1942, the US are ready to counterattack and invade the Japanese base on the South Sea at Guadalcanal.

Pacific War follows the conflict in the Pacific, where dark clouds gather over the Kingdom of the Sun until two atom bombs drop in August 1945.