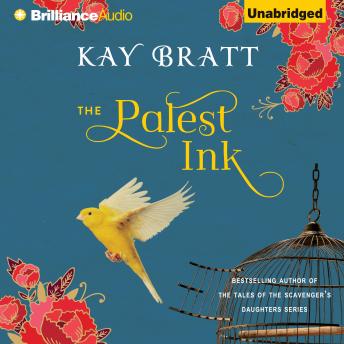 The prequel to the beloved Tales of the Scavenger’s Daughters series, The Palest Ink depicts Benfu’s coming-of-age during the tumultuous years of the Cultural Revolution.

A sheltered son from an intellectual family in Shanghai, Benfu spends 1966 anticipating an arranged marriage and a promising career as a violinist. On the other side of town lives Pony Boy, a member of a lower-class family—but Benfu’s best friend all the same. Their futures look different but guaranteed…until they’re faced with a perilous opportunity to leave a mark on history.

At the announcement of China’s Cultural Revolution, Chairman Mao’s Red Guard members begin their assault, leaving innocent victims in their wake as they surge across the country. With political turmoil at their door, both Benfu and Pony Boy must face heart-wrenching decisions regarding family, friendship, courage, and loyalty to their country during one of the most chaotic periods in history.