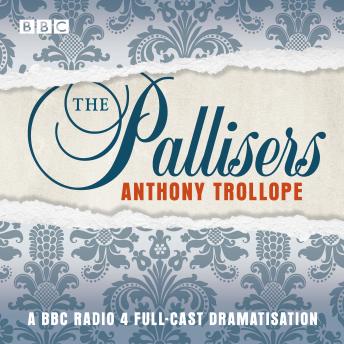 In this lively, radical reworking of Anthony Trollope’s famous ‘Palliser’ series, we are invited into the world of our omniscient narrator, Lady Glencora, as she introduces us to her social circle and takes us on a whirlwind tour through two decades of scandal, scheming, ambition and political powerbroking.

Cora’s story starts in the 1860s, when she is just nineteen, and married to the older, conscientious politician Plantagenet Palliser. Bored and unhappy, she pines for her ex-fiancé, the wastrel Burgo Fitzgerald. However, motherhood and maturity put an end to her youthful dreams – and as her husband’s career takes off, she settles for becoming the power behind the throne. But she cannot control her children’s futures, however much she tries to guide and protect them.

Nor can Cora shape her friends’ lives. Clever, politics-obsessed heiress Violet Standish, denied the opportunity to be a Member of Parliament, aspires to marry one instead – will her chosen husband listen to her advice? Newly-elected MP Phineas Finn sets his sights on a Cabinet post – but could his strict principles and weakness for the fairer sex count against him? And wealthy Bohemian widow Marie Goesler is determined to be accepted into the higher echelons of society – might a match with the elderly Duke of Omnium provide the prestige she seeks?

From her unique vantage point, Cora watches her nearest and dearest take fateful decisions, make rash mistakes – and even get away with murder, as they struggle to win power and find love...