The Paradise of Thieves 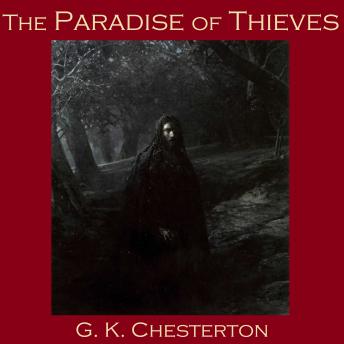 In The Paradise of Thieves, Father Brown is travelling in Italy when he comes across a strange situation. An English family on vacation is in the guidance of a local courier, and the daughter is also flirting with an Italian poet and musician who appears to be something of a lothario.

But Father Brown senses that something is not right. And when the party sets off to cross a mountain pass which is still rumoured to the the preserve of robbers and brigands, he decides to accompany them and see what happens next.

Before long there is what appears to be an unfortunate road accident with the coach...but then the 'King of Thieves' and his band of robbers reveal themselves, and the situation becomes desperate.... But still, Father Brown has a feeling that everything is not quite as it seems....