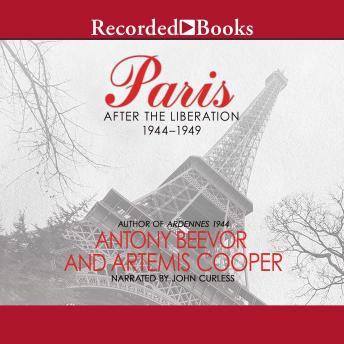 In this brilliant synthesis of social, political, and cultural history, Antony Beevor and Artemis Cooper present a vivid and compelling portrayal of the City of Lights after its liberation. Paris became the diplomatic battleground in the opening stages of the Cold War. Against this volatile political backdrop, every aspect of life is portrayed: scores were settled in a rough and uneven justice, black marketers grew rich on the misery of the population, and a growing number of intellectual luminaries and artists including Hemingway, Beckett, Camus, Sartre, de Beauvoir, Cocteau, and Picasso contributed new ideas and a renewed vitality to this extraordinary moment in time.