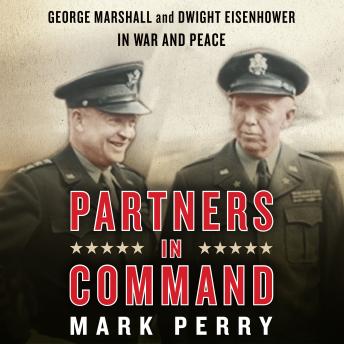 Partners in Command: George Marshall and Dwight Eisenhower in War and Peace

The first book ever to explore the relationship between George Marshall and Dwight Eisenhower, Partners in Command eloquently tackles a subject that has eluded historians for years. As Mark Perry charts the crucial impact of this duo on victory in World War II and later as they lay the foundation for triumph in the Cold War, he shows us an unlikely, complex collaboration at the heart of decades of successful American foreign policy-and shatters many of the myths that have evolved about these two great men and the issues that tested their alliance. As compelling as it is vitally informative, this work is a signal accomplishment.

Partners in Command: George Marshall and Dwight Eisenhower in War and Peace