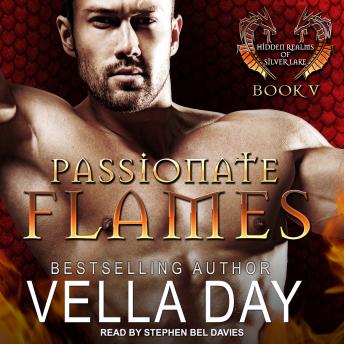 A dark entity determined to destroy all goodness; one woman and her mate fated to take him down.

Angelique Carson had no idea that once she was let out of her hidden realm to protect the Guardians' children that her life would take a turn for the worse. Sure Thane Sinclair is her mate, but there is no way she intends to indulge in any kind of carnal pleasure until her main job is done-and that could take years.

Thane's sole purpose is to train the Guardians for battle. The moment he encounters the powerful and beautiful Angelique, however, his mission takes a back burner. Boy, does it. The only problem is that Angelique isn't interested. Could have fooled him. Every time he's around her, her sweet body pulses with desire-as does his.

At the moment though, Thane has bigger problems. Random people are showing up dead in his town, and only Angelique seems to know who's responsible. Only she's not saying.

What will Thane have to do to convince his mate that only by joining forces can these two defeat the realm's most terrifying enemy?