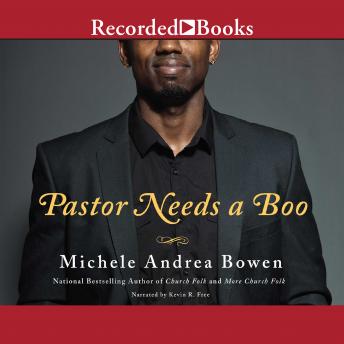 Michele Andrea Bowen made a name for herself years ago during the African-American inspirational fiction craze. Now, in Pastor Needs a Boo, she's back with an amazing journey of faith, drama, and love. It was a regular New Jerusalem Gospel United Church work day for Reverend Denzelle Flowers when Veronica Washington, Keisha Jackson, and Marsha Metcalf showed up after losing their jobs on the same day, same morning, and almost at the same time. Denzelle struggled to solve that first problem. The other problem-the lovely Marsha-would be much harder to solve. Denzelle didn't even know how to fight wanting to turn in the playah's card and getting 'booed' up with the poster girl for 'church girls.' Marsha Metcalf and her fellow unemployed church members aren't Denzelle's biggest problem, though. He is running for bishop, and his enemies-a more ruthless consortium of corrupted clergy-want power badly enough to go to rather extreme lengths for it because the stakes are just that high. Now, his ex-wife was back and sleeping with the enemy, digging for dirt. Reverend Denzelle can't fight this battle alone. This pastor needs a 'boo' who will stand by his side. Before the dust settles, both Marsha and Denzelle's faith and love will be put to the ultimate test.

This title is due for release on December 26, 2014
We'll send you an email as soon as it is available!