Pathways to the Gods: The Stones of Kiribati 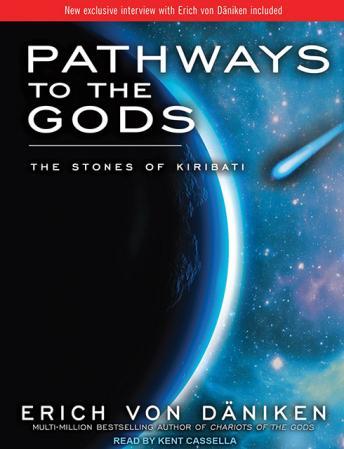 A spaceport in the Andes! A computer chart in Egyptian ruins! Primitive sculptures of figures wearing space suits!

Erich von Daniken's Chariots of the Gods stunned the world with the archaeological discovery that alien beings once colonized earth. Now, in Pathways to the Gods, von Daniken reveals the story of his travels following the trail of the ancient visitors-from the technologically sophisticated stone ruins in the Bolivian Andes to the sensational Sanskrit descriptions of space battles in Calcutta-new proof of von Daniken's startling theory that man descended from the stars!

Pathways to the Gods: The Stones of Kiribati