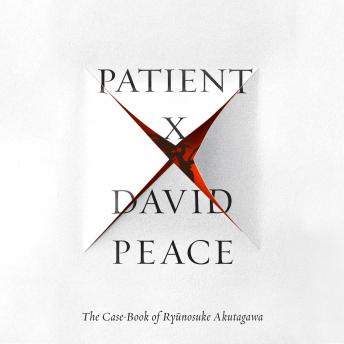 The acclaimed author of Occupied City, Tokyo Year Zero, and The Red Riding Quartet now gives us a stunning work of fiction in twelve connected tales that take up the strange, brief life of the brilliant twentieth-century Japanese writer Ryūnosuke Akutagawa.

Haunting and evocative, brutal and surreal, these twelve connected tales evoke the life of the Japanese writer Ryūnosuke Akutagawa (1892-1927), whose short story 'In the Grove' served as an inspiration for Akira Kurosawa's famous film Rashōmon, and whose narrative use of multiple perspectives and different versions of a single event influenced generations of storytellers. Writing out of his own obsession with Akutagawa, David Peace delves into the known facts and events of the writer's life and inner world--birth to a mother who was mentally ill and a father who died shortly thereafter; his own battles with mental illness; his complicated reaction to the beginnings of modernization and Westernization of Japan; his short but prolific writing career; his suicide at the age of thirty-five--and creates a stunningly atmospheric and deeply moving fiction that tells its own story of a singularly brilliant mind.