Patton: The Pursuit of Destiny 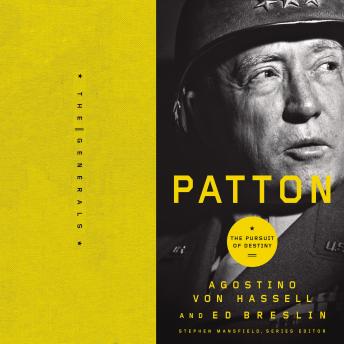 He was a harsh taskmaster who comforted dying soldiers and quietly commended their valor. A crusty, often foulmouthed commander who wrote tender letters home to the love of his life.Gen. George S. Patton Jr. comes to life in these pages as one of the most colorful, enigmatic, and unfairly maligned leaders in U.S. military history. Often caricaturedùas in the big-screen biopic, Pattonùthe general was a complex blend of battle-tested strengths and nearly fatal personal flaws.Without varnishing over his shortcomings, Patton: The Pursuit of Destiny shatters myths and builds a compelling case for a deeper appreciation of the man who inspired unsurpassed loyalty and admiration from the soldiers who served under him.Destined for an outsized life, Patton parlayed his familyÆs deep military roots, his World War I experiences, his Olympic exploits, and his passion for freedom to become one of the linchpins of Allied victory in World War II.

Patton: The Pursuit of Destiny