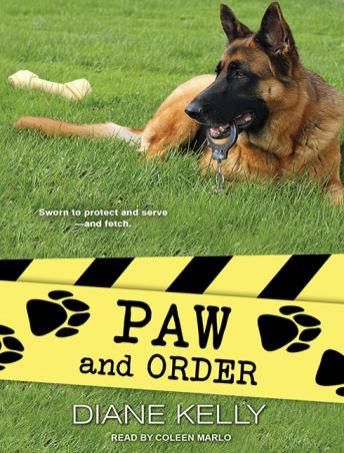 After capturing the notorious Fort Worth 'Tunabomber,' Megan and Brigit are practically celebrities. Which is why the police chief lassoed them into doing rodeo duty-mostly as a public relations stunt for the department. Megan's not a fan of calf roping, bull riding, or goat milking contests. But when a thief appears to be working the circuit, her trusty K-9 partner starts sniffing for clues . . .

The culprit is 'Robin Hood,' a young Texas golddigger who steals from the rich to give to the poor-namely, herself. With Brigit hot on the trail, Megan has to juggle her on-again off-again reputation in the FWPD with her on-again off-again relationship with sexy bomb-squader Seth Rutledge. This time, Megan is determined to rope in her suspect and her man . . . before chaos, and/or her trusted furry partner, is unleashed.