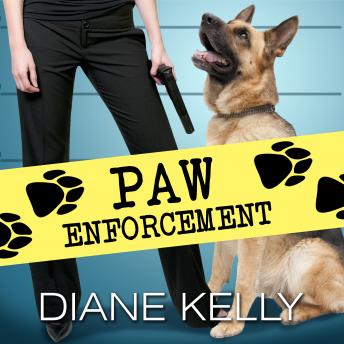 Officer Luz is lucky she still has a job after tasering a male colleague where it counts the most. Sure, he had it coming-which is why the police chief is giving Megan a second chance. The catch? Her new partner can't carry a gun, can't drive a cruiser, and can't recite the Miranda Rights. Because her new partner is a big furry police dog. So that's what the chief meant when he called Megan's partner a real bitch . . .

With Brigit out on the beat, Megan is writing up enough tickets to wallpaper the whole station. But when a bomb goes off at the mall's food court, it's up to Megan and Brigit to start digging-and sniffing-for clues. With the help of dead-sexy bomb-squad expert Seth Rutledge and his own canine partner named Blast, Megan finds herself in a desperate race to collar a killer. Will justice be served-or will she end up in the doghouse?