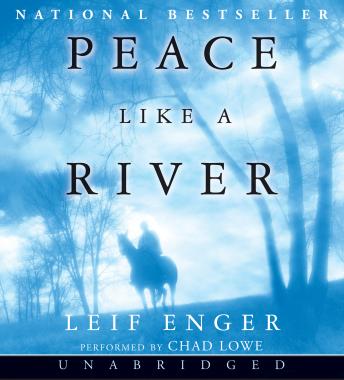 Born with no air in his lungs, it was only when Reuben Land's father, Jeremiah, picked him up and commanded him to breathe that Reuben's lungs filled. Reuben struggles with debilitating asthma from then on, making him a boy who knows firsthand that life is a gift, and also one who suspects that his father is touched by God and can overturn the laws of nature.

The quiet 1960's midwestern life of the Lands is upended when Reuben's brother Davy kills two marauders who have come to harm the family. The morning of his sentencing, Davy—a hero to some, a cold-blooded murderer to others—escapes from his cell, and the Lands set out in search of him. Their journey is touched by serendipity and the kindness of strangers, and they cover territory far more extraordinary than even the Badlands where they search for Davy from their Airstream trailer.

Sprinkled with playful nods to Biblical tales, beloved classics such as Huckleberry Finn, the adventure stories of Robert Louis Stevenson, and the westerns of Zane Grey, Peace Like A River is at once a heroic quest, a tragedy, a love story, and a haunting meditation on the possibility of magic in the everyday world.

Most beautiful prose I have listened to in a long while. I loved this book both for its story and language. I feel I’m a better person for hearing this, and I love the characters. I miss them. They’ve become my friends during this long pandemic couple of years! Thank you, Mr. Enger!

Awesome. I love how the title of this book comes in to play. It hits close to home.

I enjoy a book that makes you think outside the norm. Although I am a Christian, I always find it difficult to believe that miracles such as these happen to only a few, but I like that Ruben's father is a man of faith and lives by his convictions. It is a book that is easy to follow. Although the family suffer many hardships, the book draws you in to the lives of this simple family and how they live by faith through their father.