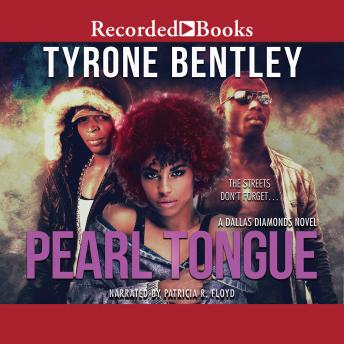 With a drug addict mother and a drug lord father, Aphtan learns how to fend for herself at an early age. Being the princess of an empire has its perks-until her father gets arrested. From stealing clothes and food to committing fraud, Aphtan does what she has to do to take care of her mother and herself. But when her schemes prove problematic, she turns to a new hustle: dancing at Pearl Tongue, the most notorious strip club in Texas. For Aphtan, the job's fast money means security. Addicted to the cash, she promises herself she'll never stop-until her new man, Scooter, makes her. In love, Aphtan trades in the pole for the life of a housewife. But nothing lasts forever and Scooter's past ultimately catches up with them-bringing secrets to the surface that destroy their relationship. Devastated, Aphtan needs a shoulder to cry on-and it belongs to Scooter's brother, Cole. Now, between betrayal, lies, murder, and a robbery that may force her to leave town for good, Aphtan's heart-and her life-are on the line.