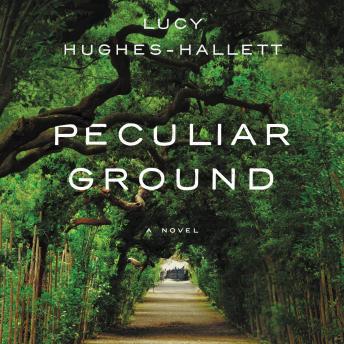 'Unlike anything I’ve read. With its broad scope and its intimacy and exactness, it cuts through the apparatus of life to the vivid moment. Haunting and huge, and funny and sensuous. It’s wonderful.'—Tessa Hadley

The Costa Award-winning author of The Pike makes her literary fiction debut with an extraordinary historical novel in the spirit of Wolf Hall and Atonement—a great English country house novel, spanning three centuries, that explores surprisingly timely themes of immigration and exclusion.

It is the seventeenth century and a wall is being raised around Wychwood, transforming the great house and its park into a private realm of ornamental lakes, grandiose gardens, and majestic avenues designed by Mr. Norris, a visionary landscaper. In this enclosed world everyone has something to hide after decades of civil war. Dissenters shelter in the woods, lovers rendezvous in secret enclaves, and outsiders—migrants fleeing the plague—find no mercy.

Lucy Hughes-Hallett conjures an intricately structured, captivating story that explores the lives of game keepers and witches, agitators and aristocrats; the exuberance of young love and the pathos of aging; and the way those who try to wall others out risk finding themselves walled in. With poignancy and grace, she illuminates a place where past and present are inextricably linked by stories, legends, and history—and by one patch of peculiar ground.