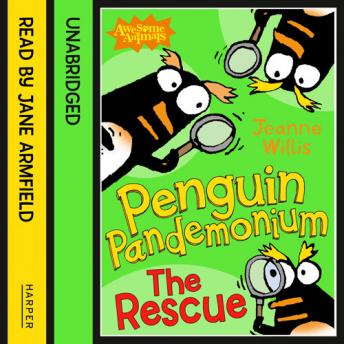 The second hilarious story about the irrepressible penguins of City Zoo, from award-winning author Jeanne Willis. One of the fantastic titles in the Awesome Animals series - the funniest fiction, starring the wildest wildlife, from prize winning authors..

Two baby penguins are missing and the rest of the City Zoo penguins set out across the zoo on a daring rescue. They hang with the monkeys, fish for clues in the aquarium and try not to get spotted in the leopard's lair on a fast-paced adventure full of fun.