The People Have Spoken: A 'This I Believe' Essay 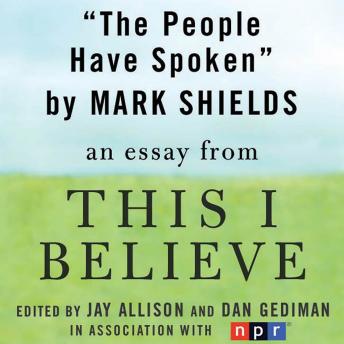 Political commentator Mark Shields expresses his faith in politics and admiration for politicians willing to take an unpopular stand, in 'The People Have Spoken', his contribution to NPR’s This I Believe series.

People Have Spoken: A 'This I Believe' Essay