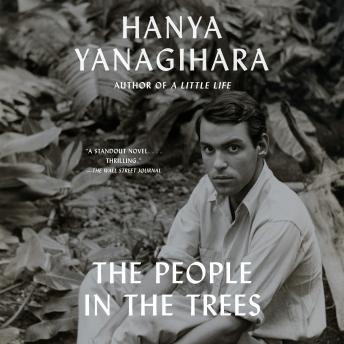 The People in the Trees

Readers of exciting, challenging and visionary literary fiction—including admirers of Norman Rush's Mating, Ann Patchett's State of Wonder, Barbara Kingsolver's The Poisonwood Bible, and Peter Matthiessen's At Play in the Fields of the Lord—will be drawn to this astonishingly gripping and accomplished first novel. A decade in the writing, this is an anthropological adventure story that combines the visceral allure of a thriller with a profound and tragic vision of what happens when cultures collide. It is a book that instantly catapults Hanya Yanagihara into the company of young novelists who really, really matter.

In 1950, a young doctor called Norton Perina signs on with the anthropologist Paul Tallent for an expedition to the remote Micronesian island of Ivu'ivu in search of a rumored lost tribe. They succeed, finding not only that tribe but also a group of forest dwellers they dub 'The Dreamers,' who turn out to be fantastically long-lived but progressively more senile. Perina suspects the source of their longevity is a hard-to-find turtle; unable to resist the possibility of eternal life, he kills one and smuggles some meat back to the States. He scientifically proves his thesis, earning worldwide fame and the Nobel Prize, but he soon discovers that its miraculous property comes at a terrible price. As things quickly spiral out of his control, his own demons take hold, with devastating personal consequences.

*This audiobook includes a downloadable PDF that contains a map and the Appendix from the book.