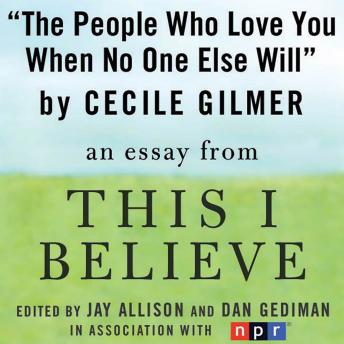 The People Who Love You When No One Else Will: A 'This I Believe' Essay

Cecile Gilmer explains how she found a loving family when her biological one failed her in 'The People Who Love You When No One Else Will', her contribution to NPR’s This I Believe series.