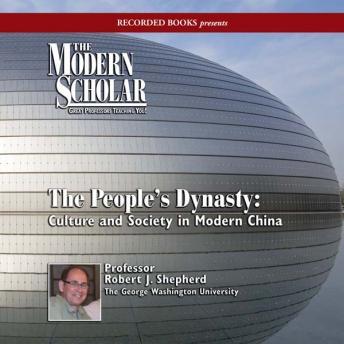 The People's Dynasty: Culture and Society in Modern China

The state-directed opening of the Chinese economy in 1979 led to a number of radical transformations within Chinese society, but Western understanding of these changes is often limited by erroneous assumptions. Offering a clear picture of the vast economic and social forces of modern-day China, Professor Robert J. Shepherd addresses U.S. investment in China, China's startling economic growth, state vs. society issues in the vast republic, and the effect of social and cultural change on the Chinese people.

This title is due for release on July 16, 2010
We'll send you an email as soon as it is available!