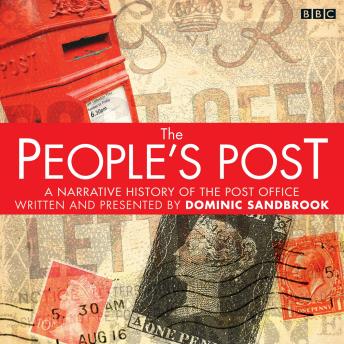 A 15-part BBC Radio 4 series exploring the origins of the Post Office, how it became a cherished national institution, and how it adapted to globalisation and commercialisation. It's called Royal Mail but it should be known as the People's Post. Launched in 1516 by Henry VIII, it was intended to support royal communications and bolster intelligence. It was only a rise in literacy, trade and interest that stimulated a demand for a public service, and it wasn t until the advent of the Penny Black in 1840 that it became affordable to the general public. Over the centuries, the Post Office has become a much-loved social institution, linking people together and extending their vision outward into the wider world. How the people made it their own is a fascinating story that has not been told.