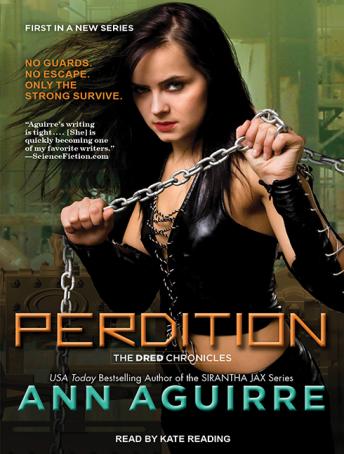 The prison ship Perdition, a floating city where the Conglomerate's most dangerous criminals are confined for life, orbits endlessly around a barren asteroid. Life inside is even more bleak. Hailed as the Dread Queen, inmate Dresdemona 'Dred' Devos controls one of Perdition's six territories, bordered on both sides by would-be kings eager to challenge her claim. Keeping them at bay requires constant vigilance, as well as a steady influx of new recruits to replace the fallen. Survival is a constant battle, and death is the only escape.

Of the newest convicts, only one is worth Dred's attention. The mercenary Jael, with his deadly gaze and attitude, may be the most dangerous criminal onboard. His combat skill could give her the edge she needs, if he doesn't betray her first. Unfortunately, that's what he does best. Winning Jael's allegiance will be a challenge, but failure could be worse than death.