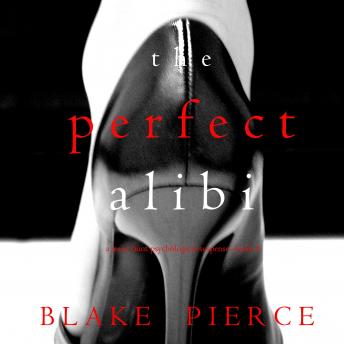 "A masterpiece of thriller and mystery. Blake Pierce did a magnificent job developing characters with a psychological side so well described that we feel inside their minds, follow their fears and cheer for their success. Full of twists, this book will keep you awake until the turn of the last page."
--Books and Movie Reviews, Roberto Mattos (re Once Gone)

THE PERFECT ALIBI is book #8 in a new psychological suspense series by bestselling author Blake Pierce, which begins with The Perfect Wife, a #1 bestseller with nearly 500 five-star reviews.

A suburban wife and mom escapes from the grasp of a psychotic serial killer-only to wind up murdered weeks later.

Was it a coincidence?

Or is there a serial killer out there playing a sick game of catch and release-and catch again?

Can famed FBI agent Jessie Hunt, 29, shake off her personal trauma and enter this killer's mind? Can she save the next victim-and maybe even herself-before it is too late?

A fast-paced psychological suspense thriller with unforgettable characters and heart-pounding suspense, THE PERFECT ALIBI is book #8 in a riveting new series that will leave you turning pages late into the night.