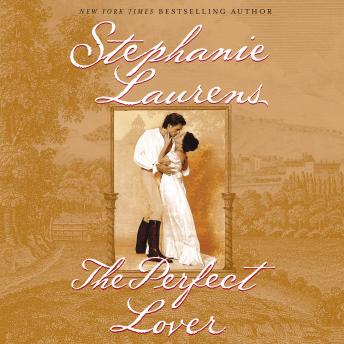 Never let it be said that a Cynster male can't face up to the one unassailable truth: A successful marriage gives life its fullest meaning. To all of English society, Simon Frederick Cynster has a perfect life—one of enormous wealth and impeccable social status. His lean handsomeness turns the heads of naïve debutantes, while his sensual allure ensures he never lacks for more sophisticated partners for a night, or more, of pleasure. Yet despite all of this, Simon knows that there is something—or rather someone—missing in his life.

To achieve true contentment, Simon must find a lady accomplished enough to be his wife, someone who will spend her days as a member of one of England's most influential families ... and her nights pursuing duties of a more private—and personal—nature.

But Simon knows what to expect if he reveals his intention to choose a bride; nothing could be more tiresome than having every blushing miss on the marriage mart thrust upon him. So he discreetly begins his search at a house party at Glossup Hall . . . and is astonished that the lady who immediately captures his interest is Portia Ashford.

Simon has never considered Portia as a potential wife. He's known the raven-haired beauty since childhood; she's willfully independent and has always claimed to be uninterested in marriage. But an unexpectedly heated kiss abruptly alters the rules of their decade-long interaction. Soon they begin to long for the moments they can spend in each other's arms.

But all is not as it seems at Glossup Hall. As Simon and Portia begin to explore the depths of their mutual passion, a shocking murder is committed ... and it appears that the next victim will be Portia herself. And even more shocking than the fact that a murderer secretly walks among them is the realization that all of Simon's considerable strength and influence may not be enough to protect Portia—his once and always perfect lover . . .

This title is due for release on October 3, 2018
We'll send you an email as soon as it is available!